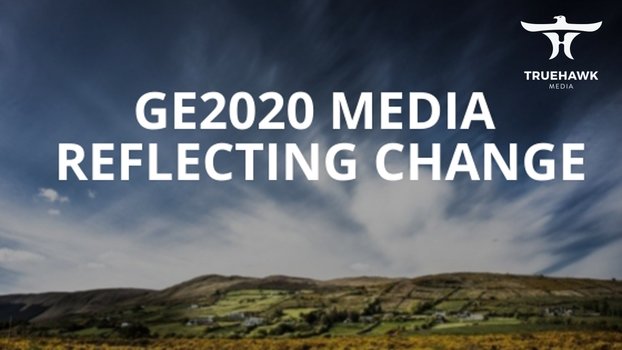 Ireland’s 2020 general election has left us with no new government (yet) and the prospect of a second election if a majority government cannot be formed. Whatever to outcome, this was a monumental election in which change was desired and those who promised change most seem to have been rewarded, in the short term at least.

At Truehawk Media our ongoing media analysis has revealed great changes too, notably the correlation between social media voice and some results but there were mixed results in other places. The issues and topics of most interest to the Irish public were dominated by different parties; health and climate by Fine Gael and housing/homelessness (the top trending issue) by Sinn Féin, whereas the key party leaders were strong in different channels and at different times, but Mary Lou McDonald had a significantly stronger presence and engagement rate on Twitter.

Housing/homelessness continues to be the dominant issue/topic post-election, followed by health. Climate, a key pre-election topic, has fallen off since voting. Crime, jobs/employment, Brexit and a united Ireland are other topics that have gained increased attention since February 8th.

As we continue to monitor politics in Irish media and the fallout from our general election, we share a summary here of a few observations over the past month or so (32 days in all) tracking activity in the key period pre-election, from January 23rd, up to midnight February 23rd.

We’ll revisit our key trends and add a few layers within by voting issue/topic.

– TV was the biggest driver of debate and engagement across channels

During our election analysis of Irish media, we captured 854k articles and posts across press, online and Twitter, with 97% of all media items coming from Twitter. Although overall volumes and activity were weighted to the period running up to the election (62% of total , albeit a slightly longer period of 17 days versus 15 days in our post analysis period), coverage and engagement levels peaked the day after polls closed across online and Twitter.

Coverage across online and Twitter peaked on key tally nights 9th and 10th respectively, whereas press coverage remained consistent in the key periods just before and following the election. Interactions on Twitter surged on February 9th the day after voting. February 3rd was a day that Twitter engagements swelled with the Claire Byrne Live show focus on climate and the release of the Irish Times/Ipsos MRBI campaign opinion poll showing Sinn Féin as lead party and Mary Lou McDonald ahead of other party leaders.

Fine Gael’s higher share of media across channels pre-election might have indicated an oncoming victory but it was not to be. Party political loyalties have been upended as floating voters considered the party and spokespeople who reflected what they wanted to hear about key societal issues. Since the election, Sinn Féin has received more than a third of total share of media for parties from a total of 121k media items, 95% of that on Twitter.

Our retrospective view helps us to make some assumptions into what may have driven votes. From the performance of party leaders, Mary Lou McDonald won public attention, and engagement on Twitter, when compared to the other leaders. Micheál Martin had a few key moments pre and post-election when he led in terms of media volumes.

Some leading Sinn Féin spokespeople won out in key areas of interest for voters, most notably Eoin O’Broin for housing (still the leading issue in terms of media analysis) but not all. Simon Harris (FG) had a dominant share of voice in health-related media when compared to Louise O’Neill (SF) and Stephen Donnelly (FF). In the Irish Times/Ipsos MRBI exit poll results below (courtesy of irishtimes.com), health came out highest in terms of influencing vote but much analysis and anecdotal observations since would put housing and homelessness as the main voting issue. In our analysis of media (press, online and Twitter), the issues that news sources and Irish people talked about most were similar. In contrast to the exit poll, our review puts housing/homelessness as they key national issue/topic both before and after the election (54.8k media items). This was driven by Twitter. In press and online, more focus was devoted to health overall followed by housing/homelessness. Among the issues that gained more media attention pre-election and ranked high in the Irish Times/Ipsos MRBI poll were climate, pensions and childcare. Pensions did gain consistent focus in press and online but less so on Twitter. Childcare gained a great deal of support pre-election but lessened since February 8th. Climate, one of the key voting issues, was discussed in 24k media items in our pre-election period of 17 days but only in 3.8k in the period afterwards up to February 23rd.

Meanwhile, the only topic to gain a higher volume of coverage post-election was ‘united Ireland’, although much of the growth was driven by Twitter, as relatively low attention was given to this in press and online media. Garda Commissioner Drew Harris was referenced in 2,522 media items in late February, his comments on IRA involvement with Sinn Féin generating a spike in commentary.

A closer look at climate/environment, shows Fine Gael and the Green Party leading share in terms of volume, the same order for those two leading voices applied before voting. Solidarity-People Before Profit was the third strongest voice on this issue before the election but dropped to fifth in the post-election period and still fifth overall. Meanwhile, Sinn Féin ranked in fifth in terms of share on this issue pre-election but climbed to second after voting, and fourth overall. Although focus on climate/environment dropped off following voting, given it was a key election issue for many and is being listed in the top three or four most important issues by many politicians, it will be interesting to see how all parties evolve their positions on this.

Continuing from previous media channel insights, while there has been much analysis of social media in isolation, the comparative volumes and nature of discussion by topic across press, online and Twitter revealed different priorities across many elements of parties and campaigns.

Much has been made of Mary Lou McDonald’s performance in media in general and perhaps how share of social voice and engagement may have swayed voters, but we can see below that Leo Varadkar gained more coverage overall and in higher reach press and online sources during our analysis period.

Tactics aside, the volume of discussion and engagement on Twitter in relation to topics and spokespeople seems to be the closest correlation to voting outcomes.

While we gathered an enormous number of tweets (831k) during the period, 23k general election news items were published across Irish press and online sources across our analysis period. There were some stand out reviews and presentation of results from news sources and exceptional digital presentation. The Irish Times published a much greater volume of articles versus other sources.

The biggest contributors were in order (cumulative results for press and online):

TV was the biggest driver of debate across channels

Broadcast television fuelled coverage and conversation across channels, especially on Twitter. Five of the top 20 hashtags used on Twitter during the campaign related to TV programming.

Claire Byrne Live spiked mass activity on Twitter on the 27th and 28th of January with 17k tweets across those two days. Reviewing key programmes, Virgin Media debates gained highest volumes overall (almost 40k media items) and significantly higher volumes than others in press and online (just over 3k in press and online). However, Claire Byrne Live was more engaging for those on Twitter gaining 44% share of interactions (3.7 million interactions) when compared to the other two key programmes despite having lower volumes versus Virgin Media (2.1 million). Although RTÉ Prime Time gained lowest volumes at 24% share, the programme earned 31% of interactions or 2.7 million. Claire Byrne gained the greatest volume of coverage across channels for a specific presenter, although it was difficult to separate the personality from the programme Claire Byrne Live, 27k media items in total.

Following that, Miriam O’Callaghan, Pat Kenny and Ivan Yates were the broadcasters with the highest profile in media volumes across Twitter, press and online in that order.

We tracked many other TV, online video and radio broadcasters, albeit at lower volumes that our leading presenters here.

One other note on debate spurred from TV broadcasts, we saw the topic of media bias generate about 5.8k media items and the hashtag #RTÉbias generate 3.3k media items within our analysis. The focus on media partiality in this election seems likely to continue as commentators and journalists themselves debate, challenge and defend the positions of media professionals and sources.

The Green Party and the Social Democrats won out on proactive Twitter hashtags versus other parties, with 11.4k and 9.2k generated by each respectively for their lead party hashtags.

As pointed out in our previous blog, the actionable language used by the Green Party (#wantgreenvotegreen) and by the Social Democrats (#voteforbetter) and perhaps even use of the verb ‘to vote’ helped their messaging cut through.

You might assume that given the appetite for change and action preceding and following election day, that the Greens and SocDems were fortunate to have selected slogans that seemed to convey action toward a solution to the public desire for change.

Most party slogans fell off almost completely after the polls closed but Sinn Féin’s message of change and united Ireland maintained although in drastically lower volumes, as did Solidarity-People Before Profit’s #breakthecycle hashtag.

We’ll continue to track Irish politics in media as we move towards the formation of a new government.

If you would like to understand more about this report or look into election performance further please contact shannon.rushe@truehawkmedia.ie

Channels: Press, Online, Twitter. (Broadcast and paid for social channels were not included in this analysis). 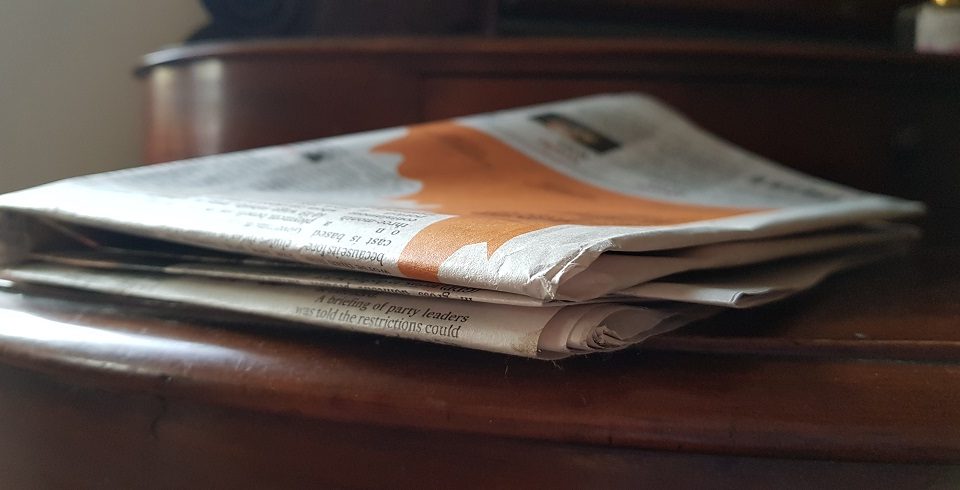 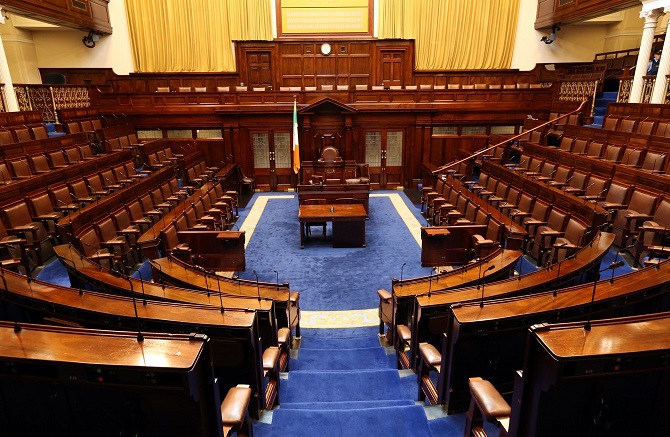 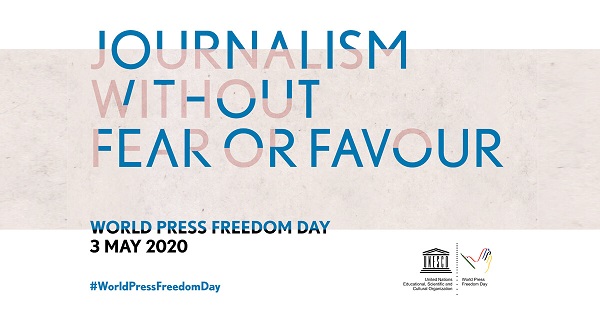